BOO! Did I scare you? Probably not. Which may be a relief for some of you, like me, who hate being scared. However – if you like to be scared you are in luck because this blog is all about that. You see – it’s October and October conjures up images of falling leaves, bonfires, homecoming and of course – Halloween! And with Halloween comes ghosts and goblins and witches and other scary creatures. So, in honor of all that creepy stuff we here at BHGH have decided to come up with a guide of sorts to some oh so scary places you can visit whenever you feel the need for a good old fashioned – but safe – at least we hope so {insert evil laughter here} – fright night. Or day. Or both. So, grab your broomstick and let’s take off to six haunted destinations – both domestic and international!

Savannah
Head to this picturesque Georgia town to see stunning architecture, rich history, southern cuisine and…ghosts! Founded in 1733 Savannah is literally a city built on the dead – atop forgotten graves – and is one of the top ten most haunted cities in the United States! Check out eerie Bonaventure Cemetery that became popular in 1994 thanks to the book Midnight in the Garden of Good and Evil and it’s resulting feature film. Or you may choose to dine among ghosts if you prefer – The Pirates House is a great option thanks to a cellar that once housed men kidnapped by pirates and forced to become crew members or walk the plank. Along with the numerous ghost tours that you can participate in – there are also plenty of other locations and buildings that you can visit and even haunted hotels you can stay at. Among them are Marshall House, which previously served as a Civil War era hospital and was used during two yellow fever outbreaks making it ripe for ghosts, and centuries old bed and breakfast 17Hundred90 Inn where Room 204 is where a young woman spent her final night alive – and apparently never left according to many who have chosen to spend the night in said room.

Charleston
This South Carolina port city is known for its cobblestone streets, pastel colored homes and horse-drawn carriages. However, Charleston is also steeped in Civil War history – the first shots of the war were fired at the city’s Fort Sumter – which is now listed as one of the most haunted places to visit in the area thanks to the presence of ghosts of soldiers killed in battle and slaves who perished while being made to strengthen the fort. Another popular place to spot apparitions is The Old Charleston City Jail – the final home of many slaves, pirates and prostitutes. In addition to its Civil War history, Charleston was a major slave trading port as well – adding a dark side to the city – and where there’s a dark side – there are tales of ghost sightings throughout the city – all accessible via your pick of ghost tours. Now, if spending the night in the company of spirits is appealing to you then check out – or into – the Embassy Suites Charleston Historic District which is designated as a Civil War monument and is said to house the spirit of a soldier with just half a head thanks to a cannonball incident, or the Battery Carriage Inn which has the distinction of being one of the most haunted inns in the city also thanks to some Civil War era … ummm … residents.

New Orleans
The Big Easy is well known for its 24-hour party atmosphere ala the French Quarter, jazz music, creole cuisine and of course, Mardi Gras. But – there is a not-so-bright side to the city as well – it’s voodoo roots – which has earned this Louisiana city a place on the most haunted cities in America as well. (Oh, and it’s another city built upon its dead – so there’s that darkness to it too.) While you’re out hunting for haunts here, check out a show at historic playhouse Le Petit Theatre du Vieux Carre and you may find yourself checking out ghosts who stayed past their last curtain call – at least 40 of them according to reports. Or perhaps grab a drink at Jimani Bar which is home to more recently deceased spirits due to a horrific fire – set on purpose in 1973 at The UpStairs Lounge – a gay bar directly above it. Besides a variety of ghost tours that you can book, you can also book a room at a reportedly haunted hotel. Among the spooky accommodations are the Hotel Monteleone which is known for being one of the premier haunted hotels in NOLA and whose spirits include a four year old boy who passed away there in the 1800’s, and Le Pavillon Hotel, which was built on a plot of land that at one time was regarded as “totally inhospitable” and “incredibly dangerous” and some even say is a portal to a parallel universe {insert Twilight Zone music here}!

And now for some international intrigue …

Lima, Peru
The capital city of Peru is known for its colonial-style architecture, but it is also a bustling metropolis, a foodie’s paradise and home to pristine beaches along the Pacific Ocean. That being said, it does have its share of spooky locales as well – hence it’s place in this blog. First there is the Peru Government Palace which many claim is home to a Duende or supernatural creature of sorts that is said to be similar to an elf or pixie and who regularly scares the *&%$ out of the staff. Then there is the Real Felipe Fortress where both the Kings Tower and the Queens Tower – as well as the Governor’s House – are home to resident spirits that are spotted strolling around like they own the place regularly. And then there is perhaps one of the most famously spooky places to be found in Peru – the San Francisco Church Catacomb – where the crypts below house around 25,000 skeletons – and where you can get a peak at rows of skulls – if you like that sort of thing. And if you want to spend the night getting spooked instead of getting sleep stay at The Gran Hotel Bolívar, the most haunted hotel in Peru – not due to former guests such as Hollywood stars and musicians – but thanks to former residents and staff who died there and decided not to check out.

Mexico City, Mexico
The capital of Mexico was actually built on the ruins of the ancient Aztec City of Tenochtitla which in itself sets the tone for it being kind of eerie. Then, on top of that, add an island to the south of its downtown called The Island of Dolls that features – you guessed it dolls – about 2200 of them all hanging from its trees and all thanks to the former caretaker who thought they would ward off the evil spirits that came for him after he couldn’t save a young girl that had washed ashore – and yikes! Then there is the super creepy Hotel Posada Del Sol. You can’t stay here – in fact, you can’t even go inside – well at least not legally – but you can take in its dark history from the outside and perhaps catch a glimpse of the ghost of its builder wandering the grounds – who died after hanging himself from a tree in the courtyard or of old age – depending on who you hear the story from. And if you should happen to find yourself on the platform of The Tasqueña Train Station, don’t be surprised to encounter a friendly ghost who perished there after an assault. Now, try as I might, I couldn’t find a haunted hotel to stay at in Mexico City. However, drive two hours or so east of the city and you’ll find Guanajuato (considered the most beautiful city in Mexico by some) and where you can choose from three hotels for some paranormal pillow time – Casa de Sierra Nevada Hotel, Castillo de Santa Cecilia Hotel or Hotel San Diego – all complete with their very own ghost stories.

Buenos Aires, Argentina
The cosmopolitan capital city of Argentina is known as one of the most exciting capital cities in the world thanks to its many sides – including fabulous nightlife, a vibrant arts scene, grand and unique traditions and so much more. But it is also known for its spiritual side – it’s unnerving spiritual side. Take the la Recoleta Cemetery – filled with towering mausoleums and ornate tombstones – many of them for famous people like Eva Peron. It is also filled with quite a few residents who keep returning from the other side – perhaps the most well-known being the ghost of 19-year-old socialite Rufina Cambaceres – who was {gasp} buried alive. And that’s not the only cemetery here with visits from the undead – there’s also Chacarita Cemetery which is the largest national cemetery in Buenos Aires. It has become known for its ghosts lurking among its graves, many victims of the yellow fever pandemic who were not allowed to be buried at la Recoleta and the reason Chacarita even came into existence. It is also the final resting place for some celebrities as well – including legendary tango singer Carlos Gardel. Public transportation is haunted here too – in particular, Line A of Buenos Aires’ subway system where two former employees who died while on the job are often seen still reporting to work. And, for a not so restful night’s sleep, while you are here, you’ll want to stay at the L’Adress Hotel Boutique thanks to its proximity to the Torre del Fantasma or “Ghost Tower” – no explanation needed!

And there you have it my friends – six haunting cities to check out any time of the year. For more details on things to see and do in these destinations, where to stay, their price points and more – contact your Travel Gurus today.

Happy Halloween everyone – and Namaste! 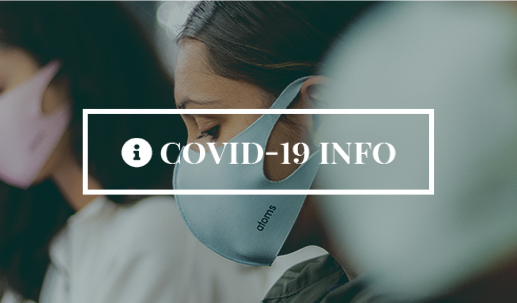 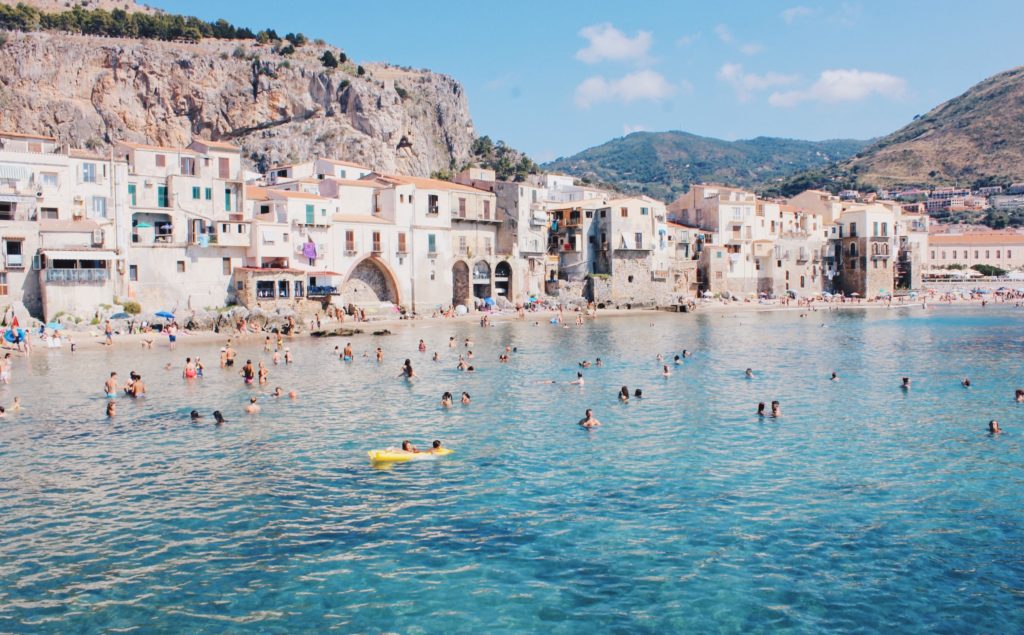 Howdy! Today I am taking you to the island Sicily for a bit of amore – or Italian love! And we are getting this fabulous overview of this incredible destination thanks to my friend Sebastiano Peluso, the founder of Discover Italy, which is a company that is actually based in the US and represents different local tour operators in Sicily – which just so happens to be Sebastiano’s hometown. 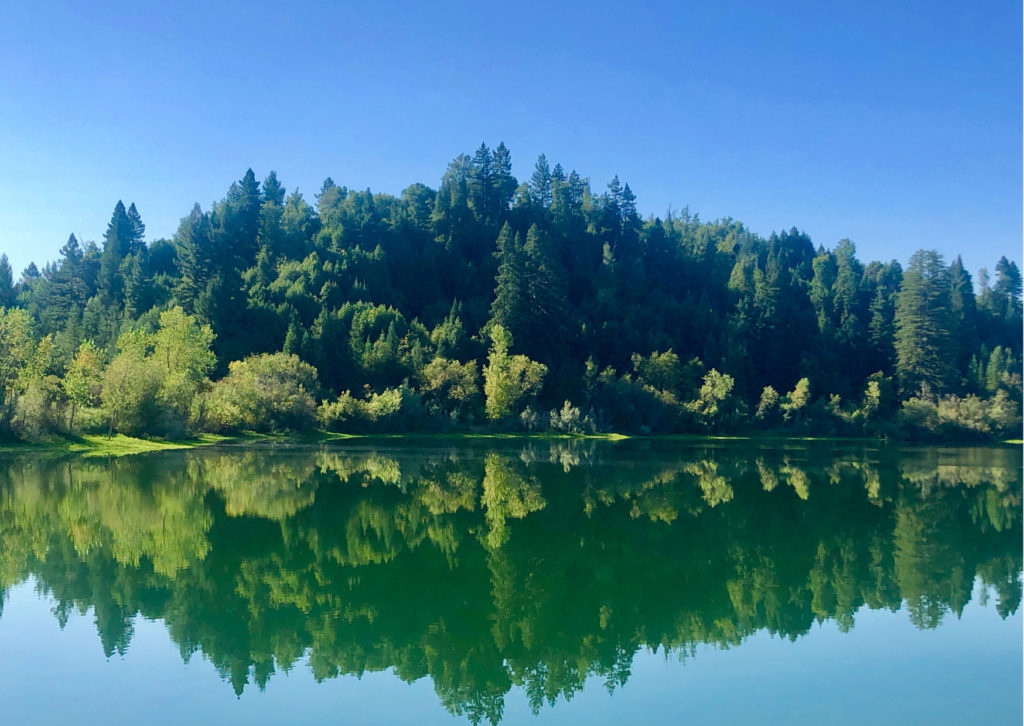 Howdy! It is Small Town Saturday and this week we are featuring the beautiful Healdsburg, California. Your adventure begins with a flight into San Francisco. From there, you will enjoy